Mariah in the Mountains

Hi, Miley here. It’s been a long time. Mommy and I read blogs far more often than we comment. Last fall was quite busy for me, Mommy, and semi-retired Mariah. Ten years old (and a little grumpy at times), she is actually a distant relative, my great-great grandmother’s first cousin. Mariah says that I chatter too much so I’m going to turn the bloggie over to her. I should forewarn you, Mariah is long winded sometimes.  I'm easier to photograph, she tends to become a black blob.

Hello, I’m Mariah, a black Airedale (yes, a purebred) and not a blob despite silly Miley's comment. I’m older and a little less energetic than Miley so Mom takes her out on the rougher, longer hikes now days. Mom likes for me to go with her when she is site recording because I don’t mind patiently waiting for Mom to take notes. 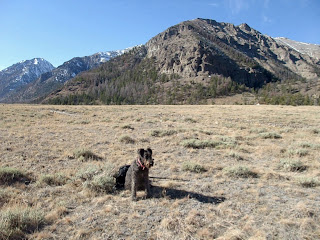 Me, Mariah, near the Wood River in the Absaroka Mountains
Picked up in New Mexico by my human Dad, I arrived home on Halloween 1999. I was a little fuzzy thing about nine weeks old. I was supposed to be a sort of belated birthday present for Dad, but Mom thought I was adorable and basically latched on to me. Dad could not take me to work with him but Mom could. She bought a Pack and Play, collapsible play pen for me to use while we stayed in motel rooms on distant projects. She packed while I played! 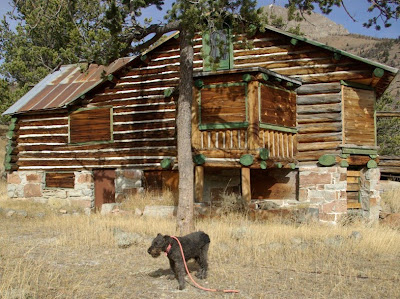 Me at the Double D wearing my bright orange and highly conspicuous leash
About the first place Mommy took me was up to the historic, abandoned Double D Guest Ranch in the Absaroka Mountains of Shoshone National Forest in early November of 1999. Most of the structures were built in the 1930s through early 1940s although an older cabin and root cellar dating to around 1923 remain. The aviator, Amelia Earhart, and her husband George Putnam, stayed there on several occasions. They were friends with the family who operated the guest ranch and constructed the main lodge and most of the structures. Mom had to record the site and evaluate it for the National Register of Historic Places. 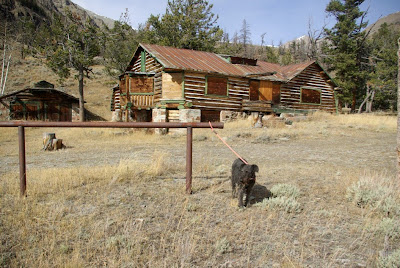 Mommy very briefly tied me to a hitching post - I am not a horse! 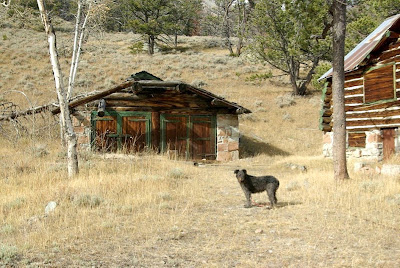 Standing in front of the old garage. 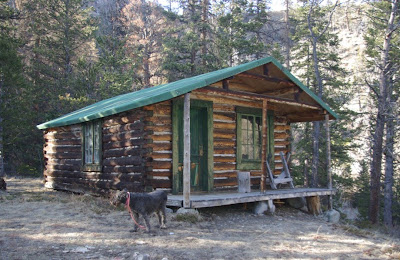 Standing in front of Amelia Earhart's favorite cabin surrounded by trees along the bank of Jojo Creek. 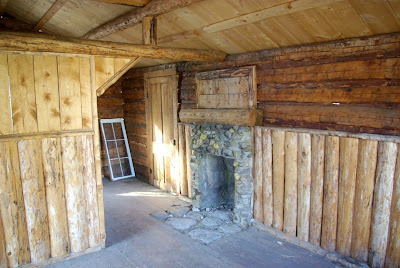 We looked inside the cabin to see if things had changed much over the past 10 years. 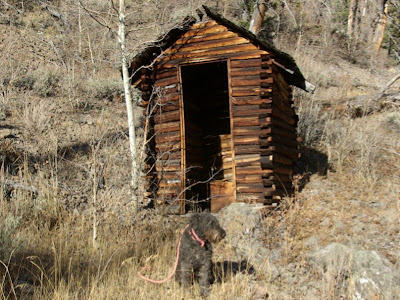 Sitting in front of the old outhouse (no one was inside) 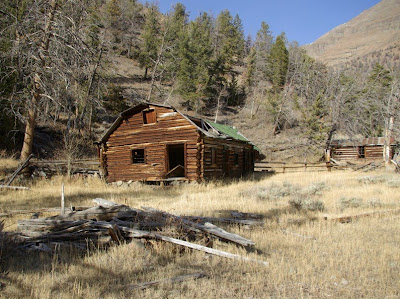 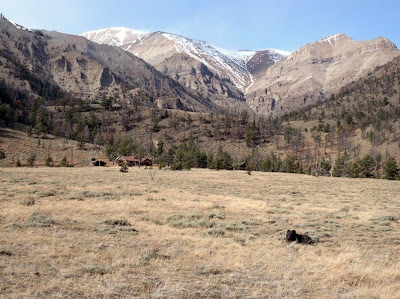 Double D Guest Ranch in background.  I am the black blob laying down (if you make photo bigger - my ears almost appear).
Hugs, Mariah and Miley
Posted by hkairedalespack at 8:12 AM 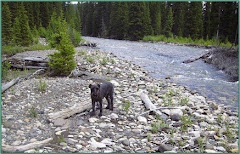